Showing posts from March, 2018
Show All

Photo: British Airways Crew. Photo credit: yahoo.com  Did a British Airways crew actually rape a fellow crew while in Singapore? That is a question Investigators would have to unravel following allegations by a female crew member while on stopover in Singapore. According to  MailOnline , the stewardess, said to be a senior female flight attendant, was moved from the usual crew hotel to a different hotel after making the rape allegation. It is thought the two crew members involved in the alleged attack did not board the scheduled flight from Singapore to Sydney with the rest of the crew. According to reports, the alleged rapist has been arrested and is currently in police custody.  British Airways said it is co-operating with the police investigation while also offering full support to its cabin crew.
2 comments
Read more

Arik Air Explains Cause of Emergency Landing in Accra

photo credit: www.arikair.com An Arik Air flight made an emergency landing  in Accra during the week . The airline has released a statement explaining what happened: “ Arik Air flight  W3 304  from Lagos to Accra on March 6, 2018  declared an emergency in line with standard operating procedures, when unknown source of smoke was detected in the cabin 81 miles from Accra”. The captain of the flight briefed the passengers accordingly assuring them that the aircraft was under control and safe for landing in Accra. The aircraft, a Dash 8 Q400, landed safely in Accra without further incident and all passengers disembarked normally. The aircraft is currently parked in Acrra and our team of engineers are conducting comprehensive inspections on the aircraft to ascertain the cause of the smoke, after which the aircraft will be flown without passengers to a maintenance facility for rectification and testing. The relevant aviation authorities in Ghana and Nigeria have been briefed
3 comments
Read more

Medview Airlines Upgrades The Interior of its Boeing 767 Aircraft

photo credit:http:medviewairline.com The state of Aircraft interior can make or mar the image of an airline. One of Nigeria’s leading airlines; Medview is set to make a bold statement with the interiors of its Boeing 767 aircraft. It has engaged the services of Aircraft Interiors Specialists; MAC to perfect the upgrade. This is an ongoing project so Medview customers should watch out for better aircraft interiors.
3 comments
Read more

photo: yahoo.com Competition is getting stiffer and British Airways is getting more flexible with pricing as it is set to compete with Low cost Carriers on transatlantic route with the launch of "Basic" fare option. The good thing is that passengers will pay less and still receive same treatment as other Economy class passengers once on-board. However, the budget fare does not  cover checked baggage or seat choices.  The airline has advised passengers with luggage to choose other fare available options.
3 comments
Read more 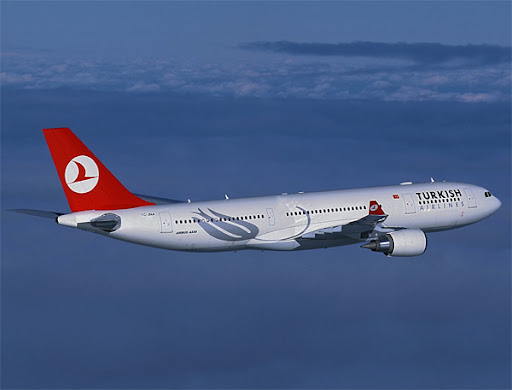 photos: yahoo.com Turkish Airlines' Maintenance division;THY Technic has signed a five year deal  to provide maintenance and spare parts to Saudi airline Flynas. According to Anadolu Agency  will  take care of Flynas’ 28-plane Airbus fleet. The new deal was signed in Saudi capital Riyadh by  Ahmet Karaman, Head THY Technic and Flynas CEO ; Bandar Al-Muhanna . Turkish Airlines  won “Best Airline” in Europe by Skytrax  for six consecutive years between 2011 and 2016, and was named the “Best Airline in Southern Europe”in 2017, a position it has maintained nine times in a row.
3 comments
Read more
More posts